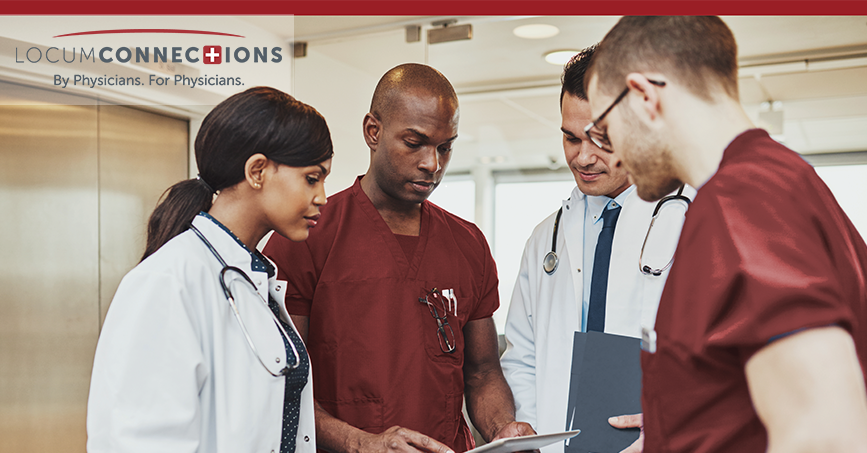 Most locum tenens physicians and other advanced practice providers working as temporary hires were not deterred by the threat of COVID-19, according to a new survey.

The survey examines the practice patterns of healthcare providers who work as locum tenens (Latin for “to hold a place”) to fill temporary assignments that may last from one day to more than one year.

In the past year, when COVID-19 has filled health systems and hospitals, only 5% of the locum tenens providers said they stopped working due to the virus, while 23% reduced the number of assignments they accepted.

“Locum tenens physicians and other locum tenens providers have been widely used for years to fill gaps caused a shortage of healthcare professionals,” said Jeff Decker, Staff Care president. “Having a mobile resource of providers that healthcare facilities can draw on can be particularly useful when healthcare challenges spike, as they have with Covid-19.”

Most providers surveyed identified freedom and flexibility (81%) as the primary benefit of locum tenens work, followed by per diem pay rates (55%) and the opportunity to travel (50%). Ninety percent said that locum tenens is as satisfying or more satisfying than permanent practice, while only 10% said it is less satisfying.

“Many physicians and other providers are burned out by the administrative and reimbursement hassles that come with medical practice today,” Decker said. “Locum tenens allows for a comparative degree of freedom and the ability to focus on treating patients, which is what healthcare providers enjoy the most.”

Though locum tenens providers were once a rarity at hospitals, they are common today, Decker said, with about 52,000 physicians working as locum tenens during a year, Staff Care estimates.

More NPs and PAs are choosing to work as locum tenens, which physicians have been doing for many years, the survey shows.

Sixteen percent of providers who responded to the survey were either NPs or PAs, up from 8% in 2016. The growing number of NPs and PAs working as locums indicates shortages may be developing in these professions, Decker said.

“As we have seen with nurses and physicians, when shortages occur, temporary providers are used to fill gaps,” he said. “This is now happening with NPs, PAs, and other advanced practice professionals.”

“LOCUM TENENS ALLOWS FOR A COMPARATIVE DEGREE OF FREEDOM AND THE ABILITY TO FOCUS ON TREATING PATIENTS, WHICH IS WHAT HEALTHCARE PROVIDERS ENJOY THE MOST.”